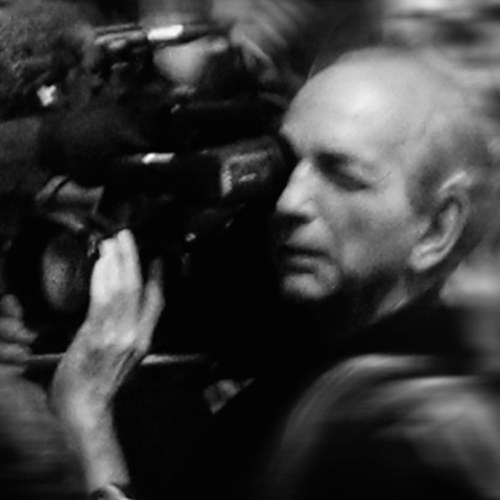 Robert Golden has produced many photo-stories; written/directed over 40 documentaries, 2 award winning feature films and 900 TV commercials. Hehas written 3 plays, 40 film scripts, 1 novel, poems and essays about photography, politics and culture. Recently he has been teaching young people about Democracy and about photo/film-storytelling for various EU projects. His novel, A FORGETTABLE MAN, has been re-published and a collection of essays called A ROLE FOR ARTISTS IN TROUBLED TIMES was published in January 2019. He has just finished a film called EXILE and is now filming THIS GOOD EARTH about soil, farming, food and health, and is preparing an exhibition of his work for the Black Cultural Archives gallery in Brixton and a new book of essays called LIGHT and Time, about photography. 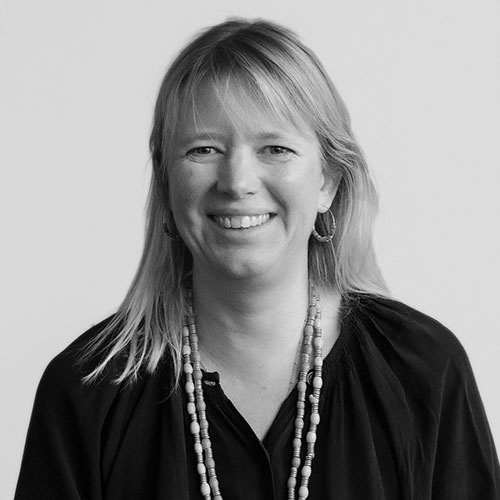 Dr Tiffany Fairey is a Research Associate in the Department of War Studies, Kings College London. Co-founder and co-director of award-winning NGO PhotoVoice, she has worked on more than 40+ participatory photography and digital media projects in the UK and overseas with community and INGO partners. She has published resources, trained and lectured on participatory photography for social change.  Fairey completed her PhD in Visual Sociology at Goldsmiths College, London (2015). Her research interests revolve around visual, participatory and collaborative methods and storytelling, community arts, arts evaluation and impact. Since 2017 Fairey has worked as a research associate on the AHRC / GCRF funded, ‘Art & Reconciliation’, exploring the role of the arts and artists in reconciliation processes.  Her work has been recognised with various awards including the Royal Photographic Society’s Hood Medal for outstanding advance in photography for public service (2010). 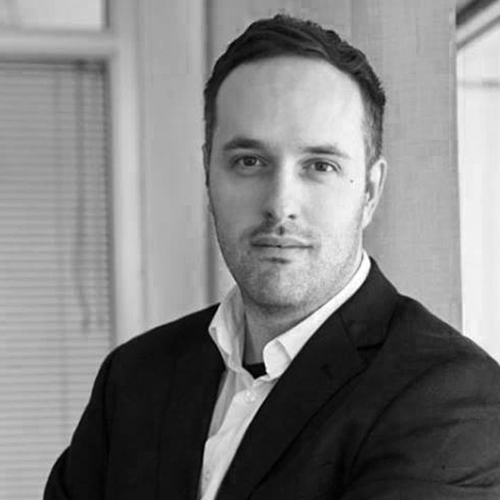 Dr Jasmin Hasić holds a Ph.D. in Political Science from the Universite libre de Bruxelles and LUISS Guido Carli of Rome (2016). He completed his undergraduate education at Masaryk University in the Czech Republic, majoring in International Relations and European studies, and holds an M.A. degree in Political Science from Central European University. He also holds an LL.B., and an LL.M. (Hon) from the University of Sarajevo. He currently works as a lecturer at Sarajevo School of Science and Technology and serves as the Executive Director of Humanity in Action BiH, an international non-profit focused on minority and human rights. He has worked as a Research Analyst at the Center for Security Studies in Sarajevo and as a legal associate at the Crime Suppression and Re-Socialization Initiative focusing on evaluating the efficacy of the Bosnian penal system reform. He has completed professional traineeships at the European Parliament and the Bosnian Embassy in Brussels. His research interests revolve around diaspora studies and demographic
changes associated with post-conflict migration, along with peacebuilding and transitional justice in multicultural societies.
Jasmin is a Phase 2 Co-Investigator on the ‘IZAZOV!’ project (Bosnia and Herzegovina). 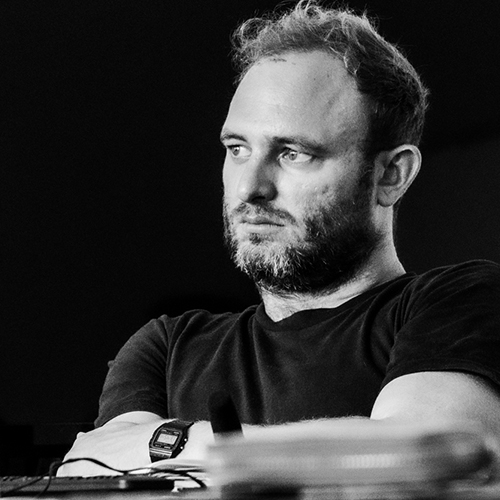 Dr. Henry Redwood is ESRC post-doctoral researcher in the Department of War Studies, King’s College London. His research draws on critical IR, law and aesthetic theory to explore the politics of knowledge production after conflict, with a particular focus on post-conflict archives and artistic interventions. He completed his ESRC-funded PhD in the War Studies department at King’s College London in December 2017, under the supervision of Dr. Rachel Kerr and Professor James Gow.  The PhD drew on critical theory to examine the International Criminal Tribunal Rwanda’s archive, and asked what rules underpinned the construction of knowledge within the archive, and what implications this had for the court as a response to the Rwandan genocide. As part of this project Henry worked as a legal researcher at the ICTR, where he helped produce a history of the Rwandan genocide as part of the ‘Genocide Story Project’. Since completing his PhD Henry also worked as a research associate on the AHRC funded project, ‘Art & Reconciliation: Conflict, Culture and Community’, which explores alternative approaches, and forgotten instances of,

reconciliation in the aftermath of violence, focused on the Western Balkans. Henry holds a BA and MA in History from the University of Bristol.
Henry is a Co-Investigator on the Phase 2 project ‘Izazov‘ (Bosnia and Herzegovina). 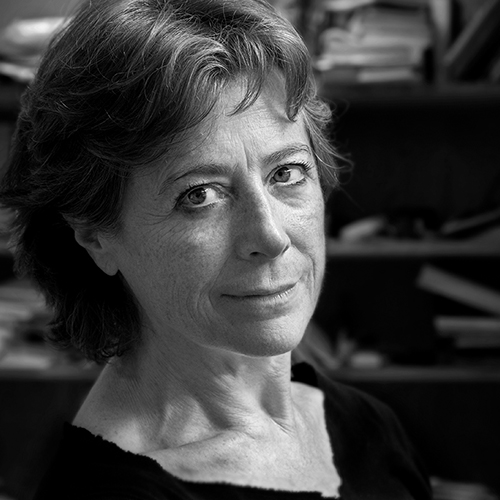 FRSA is a singer, actress and producer. She was the General Secretary of The Association of Photographers in London between 1979 and 1988. She has produced two documentary film series and several separate films for Robert Golden Pictures. She is artistic director of Opera Circus, a successful  experimental opera/music theatre company founded in 1991. Tina has performed in concerts, festival operas, fringe theatre, television commercials and feature films and as a voice over artist. As a performer and producer Tina toured all over the world with Opera Circus in various of the companies productions and has produced all of their work. Tina works closely with the composer Nigel Osborne and is currently developing Naciketa with Nigel and the writer and playwright Ariel Dorfman, for touring in May/June 2021. https://www.operacircusuk.com/naciketa.html Her work with Nigel Osborne has led her to establish partnerships with other arts organisations and NGO’s in Serbia, Kosovo, Bosnia and Herzegovina, Austria, Italy, Georgia, Portugal, Syria and Scotland both for the creation of new work and to continue to explore the use of the arts and culture to encourage inter cultural understanding mostly alongside young people. Tina has worked in Srebrenica since 2008, and other parts of BiH developing activities and supporting festivals. She has led workshop programmes in the  uses of music for those with special needs or suffering from trauma. With others she has built the long term youth activist programme The Complete Freedom of Truth
http://thecompletefreedomoftruth.com Tina has spent two years working on two major projects in Matera Italy, Get Close to Opera and Silent City, a community opera for Matera 2019 Italy’s Capital City of Culture. GCTO is an Erasmus + project looking to expand the use of opera and opera houses with greater access in particular to refugees and migrants. The project was recently awarded Best Practice Project for Erasmus. https://www.operacircusuk.com/blog/silent-city-notes-from-matera2019
https://www.operacircusuk.com/blog/get-close-to-opera Opera Circus is the Civil Society Organisation that leads on Changing the Story! – Izazov! and has combined this work with that of TCFT. The Project Management,  communications, design and web design are all led by youth leaders from the UK, Italy and BiH. https://changingthestory.leeds.ac.uk/izazov_bih/
Tina is a Fellow of the Royal Society of Arts, a Winston Churchill/Finzi Fellow
as well as of Salzburg Global Seminars. In 2015 she was awarded the European Citizens Prize for her work with young people across borders in wider Europe. 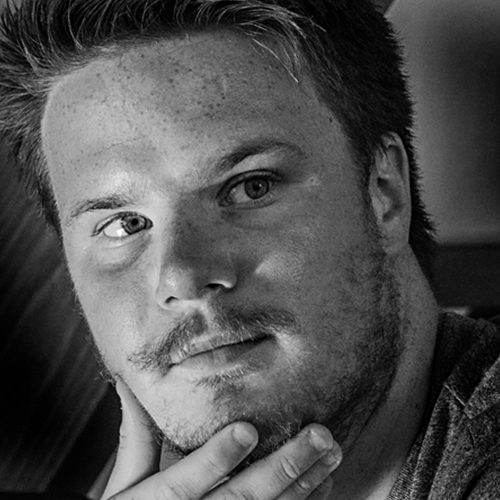 I’m interested in ideas and platforms that bring together young people from other backgrounds to create positive change across communities. Over the past few years I’ve been part of programmes, mostly through TCFT, that allow young people to explore new ways of expressing themselves and consider new ways of living together.

Since 2013, I’ve been part of policy initiatives and forums on an EU level advocating for more inclusive practices in policy making and education. In January 2020, I will begin a two year term at the Council of Europe’s advisory council responsible for youth policy and funding.

While at University in the UK, studying Arabic & Middle Eastern Studies, I was part of the beginning of IZAZOV’s overarching project called Changing The Story (LINK), leading filmmaking workshops in South Africa. This time I’ve been taking part in workshops, developing my understanding of how to build a compelling narrative that reflects the realities of individuals through documentary filmmaking. 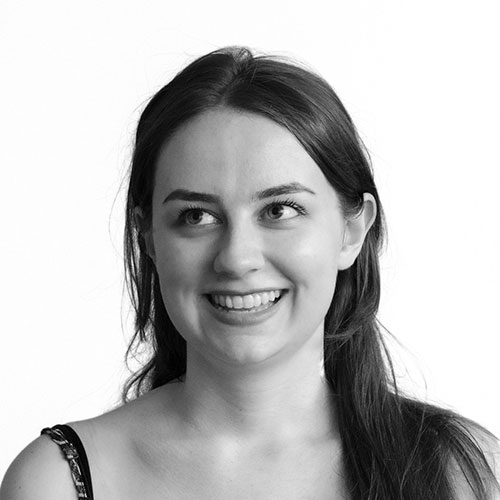 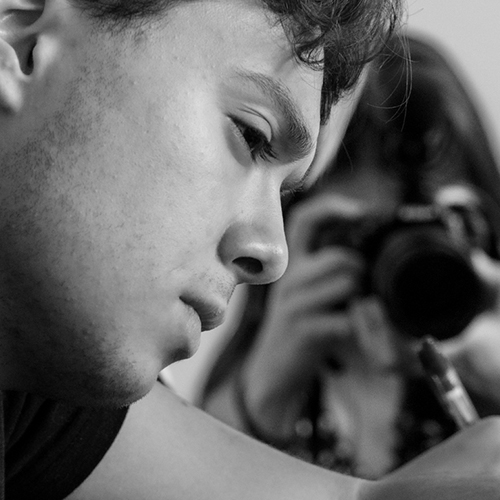 I’m a young person interested in arts, and experience in theatre, poetry, radio, music and contact improvisation. With a BA in Communications (University of Florence and Erasmus semester at Toulouse School of Management), I am now working for The Human Hive in Brighton (UK), an NGO focusing on non-formal education, human rights and social change.

In recent years I have been involved in a number of youth programmes across Europe (funded by Erasmus+) providing support in communications, logistics and social media strategy. 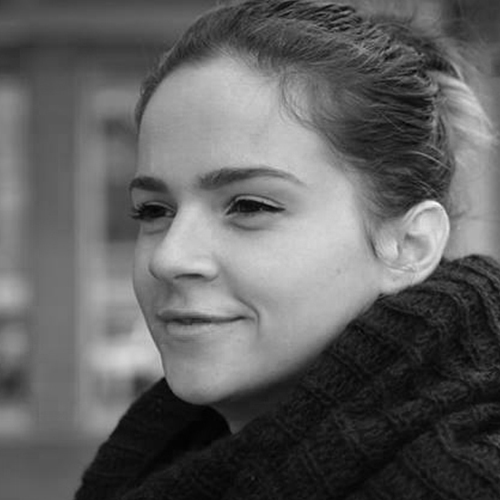 Irina Maria Gănescu is a Romanian Graphic Artist and Designer. After graduating from the High School of Fine Arts “Nicolae Tonitza” (Bucharest) she continued her studies at the University of Architecture and Urbanism “Ion Mincu” in Bucharest, finishing her MA studies in 2019. Her work as a Graphic Designer started in 2012, and since then completed many projects. In 2019, together with Marko Stankovic, launched “Zova Design” – a graphic design and web development company dedicated to visual creativity & authentic design. 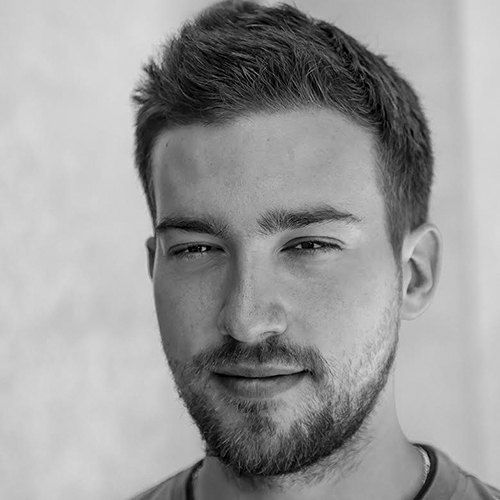 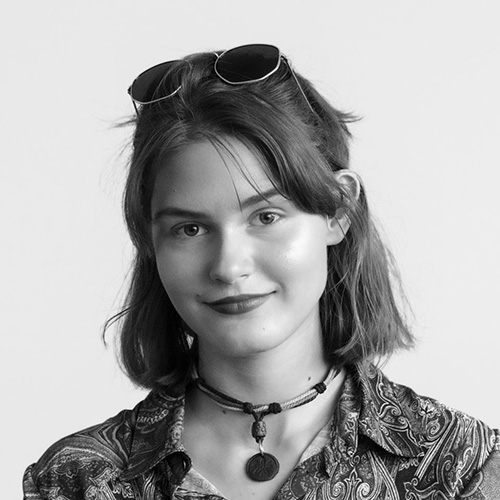 A 20-year old student of Management, at the faculty of Economics and Social Sciences at International Burch University, with a camera in hand, and enormous love for visual storytelling. 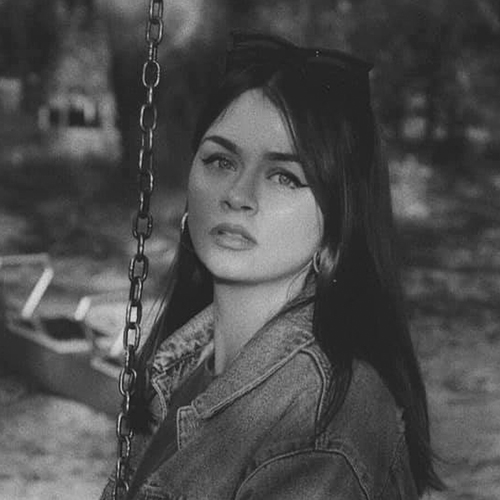 A dreamer and a wanna-be world traveler, forever passionate about film and aesthetics. 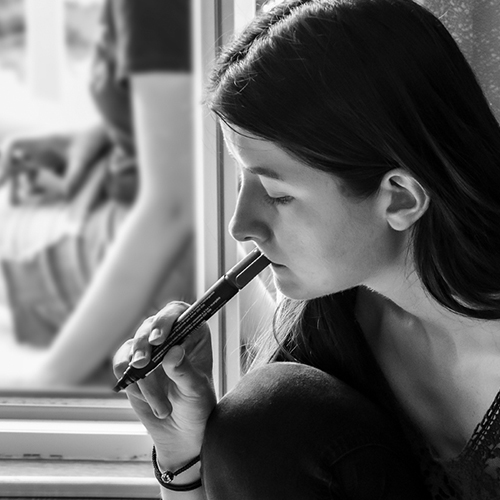 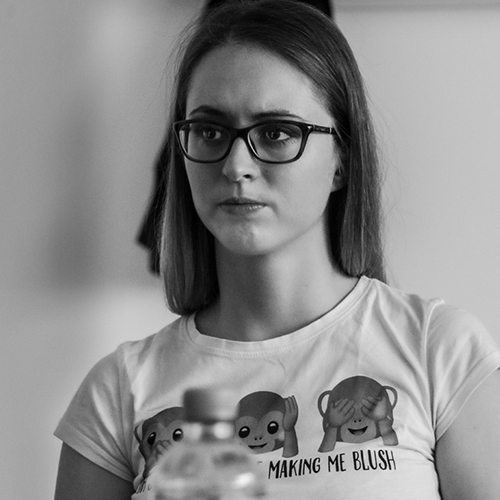 Put down your weapons and be compassionate. Kill ’em with kindness. 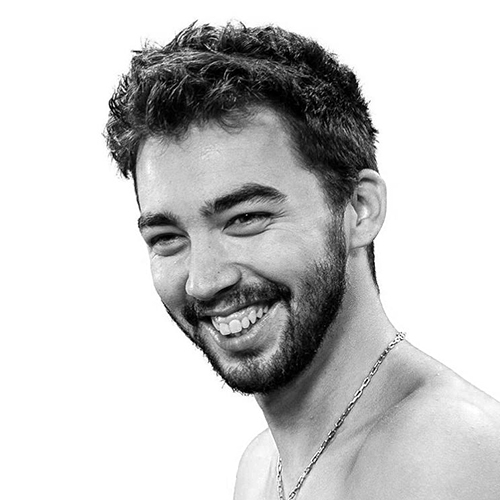